Ok, so what about some examples of these Skill and Games Based Fitness Drills? 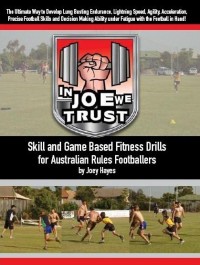 5 vs. 5 handball game with 2 corner goals each end 1 at the boundary line and 1 at the centre square at each end.

Goal: To score the players need to run the ball through 1 of the 2 designated goals at their oppositions end.

Rule Modifications: Game is continuous the players don’t have to bounce the ball. Quick change over rules apply. A change over occurs when the ball is dropped or a player is tackled and caught holding the ball.

Ground Dimension: 5 players on each team use ¼ of a soccer field with 2 goals at each end.

Goal: The aim of the game is to score a goal.

Goal: To score a try.

Rule Modifications: Normal touch rugby rules apply, other than when a person makes a touch he has to sprint around his own goal posts before being eligible to be on Defence again, attacking team gets 6 touches, no kicking is allowed.

Conclusion: Games based fitness drills do have some inherent flaws, although with appropriate planning the flaws can be minimized.
1. They rely on the athletes honesty and intent to work hard.
2. Sometimes during games based fitness drills players may not reach their highest heart rate intensity.
3. The drills must be well constructed to get the desired training effect and to ensure the heart rate is kept elevated. 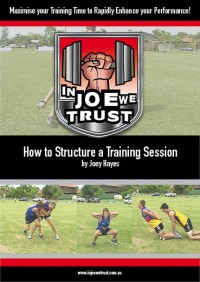 Resources on this topic are severely lacking that is why I have developed the How to Structure a Training Session DVD that outlines many skill and games based fitness games.