They are all advocates of life mastery!

One of my earliest mentors and executive clients introduced me to a concept called Life Mastery. Life mastery relates to totality and balance in 4 key areas of our lives.

Through more than 16 years coaching Ive come to the conclusion that the best most successful athletes I’ve ever coached have been balanced in those areas.

Take a look at the success stories below:

USP Athlete Kurt Tippett was playing some good footy up until June last year then all of a sudden went from good to great in the back end of the year…..Whilst speaking with I asked him what he felt was the catalyst for such a massive performance improvement in-season. He said, he began studying part time and took up a part time position with an investment firm…not because he needed the money but to have something away from footy. The result was mind blowing!

USP Athlete Callum Carseldine came back after missing an entire football season in 2014 due to having a knee reconstruction and claimed the 2015 Grogan Medal Winner for the AFLQ League Best and Fairest Player. As an athlete that trains full time, works full time and is a devoted partner to his fiancé and gives up time to charities. He is the epitome of a happy balanced athlete living a life in totality. Click here to check out Callum Carseldine Ultimate test of character.

Leigh Mathews arguably one of the best AFL Players in the 20th century in his book wrote about the importance of solid relationships in AFL Players lives. As a coach he loved it when players had partners…because they are more balanced and keeps them out of night clubs and away from trouble. Funnily enough every player in his Brisbane Lions premiership team all had partners. 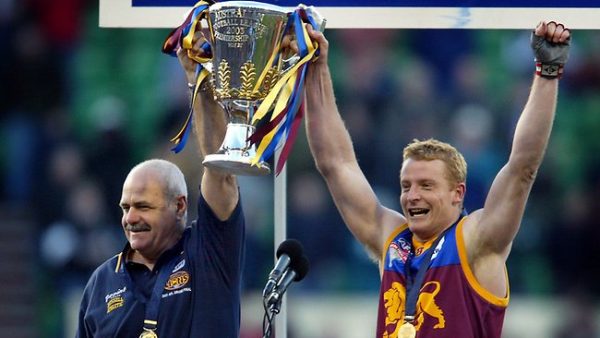 Rugby league premiership winning coach Wayne Bennett in his book don’t die with the music in you, writes about the importance for players to have something away from footy. It gives their life more meaning and helps shift their focus away from footy if it’s not going too well or if they get injured..it gives them something to fall back on.

USP Strongman coach and Norm Smith Medallist, Brisbane Lions Triple Premiership Player and now Port Adelaide director of Football Shaun Hart believes his spiritual beliefs have allowed him tremendous success both on and off the field. 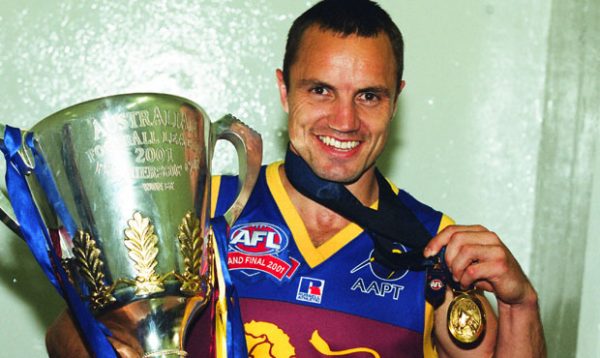 Shaun Hart of the Lions shows off the Premiership and Norm Smith Medals in the rooms after the 2001 AFL Grand Final between the Essendon Bombers and the Brisbane Lions at the Melbourne Cricket Ground.

USP Athlete and former Carlton AFL Footballer Matt Lodge was awarded a scholarship player position with Carlton, was captain of his school and captain of his state U/18 AFL team, had a musical recording contract with Sony and was a straight A student and had written 6 novels by the time he was in year 10. Impressive and another prime example of a balanced approach to life.

My experience tells me that if an athlete is grossly out of balance in any one of those areas of life-they may not reach their full potential.

Being elite and gifted in one area of life is fantastic, but imagine the results if you were to apply it to every one of those 4 aspects of your life!!

P.S. For those that are looking to make 2016 an amazing year, start living the dream and set the example for your family and friends and become one of the most knowledgeable, educated and successful trainers in the world our first elite coaches PT Course starts Wednesday 27th January. It’s a fantastic opportunity to be surrounded by some amazing individuals that’ll inspire you to take your health and performance to another level. If you’re keen to find out more click here to send Jess an email.