Mason Woods never made a TAC cup or rep team until 18 years of age. he missed the majority of his under 18 season. He was lucky to get selected as a 19 year old for the Geelong Falcons TAC Cup team as an over age player. He as not selected for the first game of the season for the falcons but one of his team mates was injured and Mason got called up that morning and kicked 6 goals after busting  his backside over the pre-season. 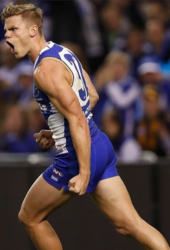 His Father has had the greatest impact upon his life. He cites his parental support as the keys to his success and also for developing a voracious work ethic!

His parents believed in his dream and supported him no matter what. Even when the results were not forthcoming, Masons parents would still encourage him and praise him on effort rather than a result. The parental support was provided on the proviso that Mason drove the process. I.e. His parents would not force him to do any extra training.

Masons parents used a point system whereby they would add or deduct points that would go towards his Christmas presents, running shoes etc. 1 Point would be added for doing something good for example cleaning up the dishes without being asked and and a point would be deducted for leaving his towel on the floor etc. It was this process that instilled in Mason his discipline and also the rewards for going above and beyond what’s expected not just at home but at training and on the footy field!! 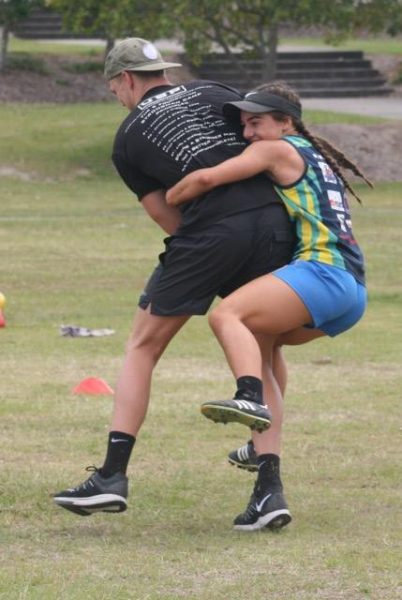 As an elite athlete Mason says he has played his best footy when he has a single minded focus with no distractions, this allows him to get thru what needs to be done and ensures he does not take any short cuts.

Mason believes his break out year was due to having more confidence that he could handle the demands of AFL after having had a solid pre-season. 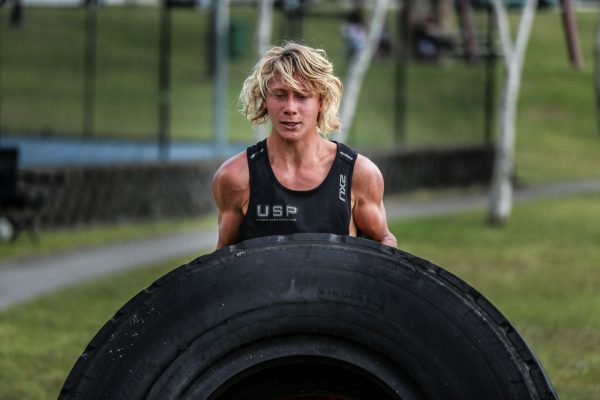 USP Athlete Flynn Peterson had a breakout year after busting his backside in the USP Gymnasium and at Strongman has culminated in unwavering confidence and a swag of awards and rep teams!!

Mason said that although setbacks like injuries and non selection can be challenging-never waste an opportunity to improve! For example if you are injured, don’t get stuck in the mindset of just doing rehab work. Think how else you can improve? Watch game footage work lower body if upper is injured and vice versa.

Check out North Melbourne Player Ryan Clarke and Corey Wagner in the USP PIT Gymnasium on The Gold Coast with Joey Hayes whilst recovering from Shoulder Reconstructions.

Mason believes he has the best job in the world-in fact he’d still be training and doing the exactly the same thing if he wasn’t playing footy. 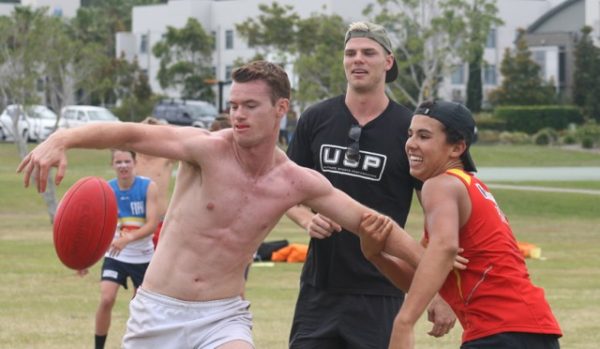 Strongman Training Challenging and fun but rewarding when you go back and dominate during the season!!

Mason spoke about the importance of mentors. He said former Collingwood premiership player and best and fairest winner and now development coach at North Melbourne Gavin Browne has ha d profound impact upon Masons game! Mason recommends all young aspiring footballers find someone that has achieved or helped others achieve what you aim to achieve in order to fast track your progress!!