Nick Riewoldt The Things That Make Us!

Nick Riewoldt The Things That Make Us!

Apart from watching him dominate during AFL Games…I hadn’t seen or heard from Nick Riewoldt for the best part of a decade…in fact, the last time I saw Nick Riewoldt I was getting dosed up with pain killers and taken off in the ambulance to the Gold Coast hospital after dislocating both shoulders attempting to take then 17 year old gun and former hawthorn hawks premiership ruckman David Hales head off  in the first quarter of the U/18 AFL Grand Finals at Labrador Footy Ground in 2001 where Nick Riewoldt was special guest doing the commentary for our game!

Nick and I had played junior cricket together at Broadbeach, competed for the Gold Coast little athletics club at Pizzey Park and played in many junior premierships at Broadbeach Footy Club. At the end of 1997 we were both invited to train with the Gold Coast Stingrays Under 18 AFL team myself as a 14 year old and Nick as a 15 year old, which was the Gold Coast elite Rep team that would play other rep teams from Brisbane and other areas around QLD. 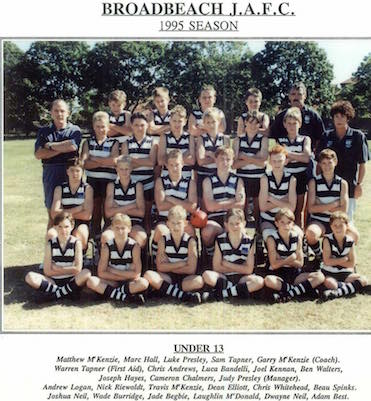 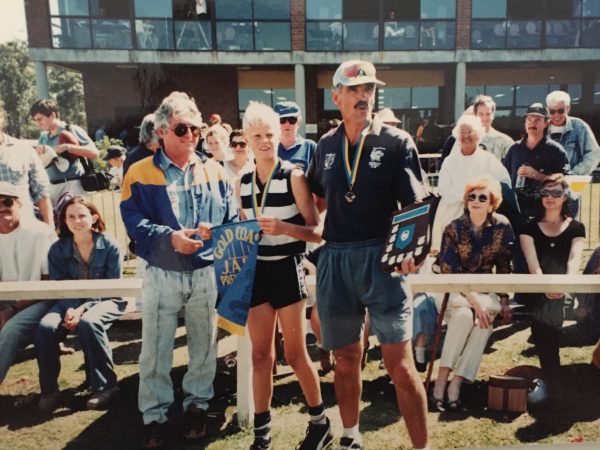 I remember that year well because myself, Nick Reiwoldt, Michael Osborne who went on to play 168 games for Hawthorn Hawks were all extremely young. Former Essendon Player and then Gold Coast Stingrays U/18 Coach Neville Fields walked by as we were getting changed and ready to train. He said,
Neville Fields “Nick do you think you‘re going to get drafted and play Elite AFL”?
Nick R: Yes, I think so’.
Neville Fields, Nick, you currently train for footy twice per week… is that correct’?
Nick: Yes, that‘s right‘.
Neville Fields: So how do you expect to make it to the elite level when you train twice per week and Elite AFL players train twice per day 6 days per week’?
Interestingly enough, from this day forward Nick started training nearly every day and doing extra training to guarantee he would achieve his dream. This included flexibility sessions to stay injury free, strength training sessions to get faster and stronger and extra conditioning work to increase his fitness. One coach, one word, one dream and the appropriate actions!

Fast forward to 2007 and I was catching up with USP Athlete and St Kilda Player Sam Gilbert at the St Kilda Footy Club Gymnasium. 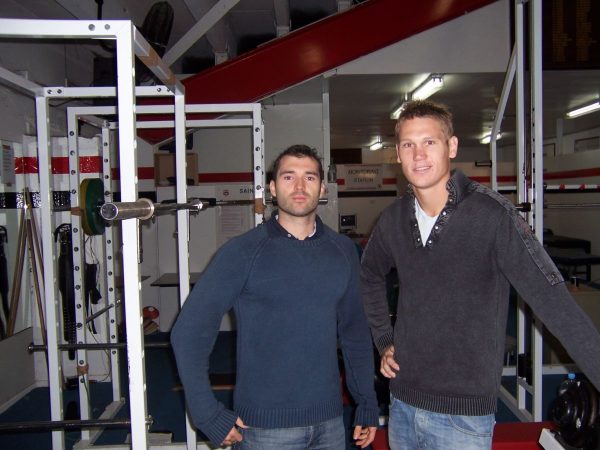 Joey Hayes and Sam Gilbert at St Kilda Circa 2007

I walked through doors to the Saint Kilda Gym and Sam was waiting for me to show me around and let me check out their training programs to see what I could learn and add to my own AFL players programs back on the Gold Coast.

What surprised me the most was Nick Riewoldt fully fledged AFL superstar and a bloke I hadn’t seen for the best part of maybe 8 to 10 years. He was in the saints club gym doing extras earlier than everyone else-as you’d expect. He spotted me out of the corner of his eye and made a beeline for me to come and say g’day, and give us a hug and almost broke my ribs!

On Ross Lyon
Ross has an amazing ability to challenge me strongly without crushing my spirit. He was all about cutting the BS and reaffirming your life purpose and priorities. He implored me to take care of my family, to maintain strong relationships. Support the person, challenge the behaviour!

On diet and training
“I changed my diet and training towards the latter part of my career. I dropped the carbs like bread, rice and pasta in favour of a higher protein intake. I concentrated more on lower body strength with weights and basically not running before Christmas.”

On professionalism
“One of my strengths is my ability to recover. I’m a good healer! I gave myself the best chance to be a good healer because I was professional in my approach to my body. Professionalism is a prerequisite to longevity in the game. You need to go above and beyond in every respect: preparation, recovery, treatment, exploring new techniques and having a strong relationship with those who are charged with keeping you on the field! 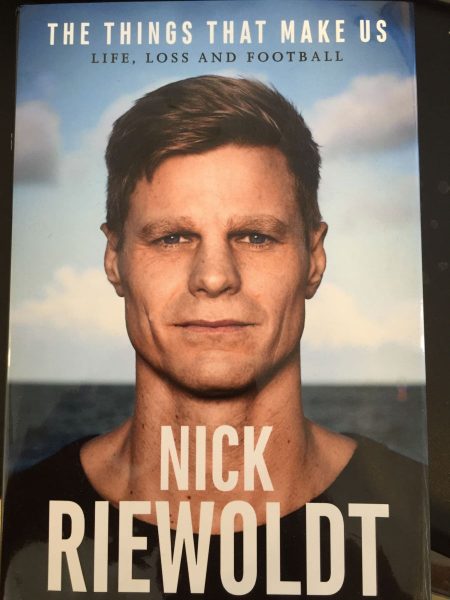 Nick Riewoldt The Things that make us

On friendship
“It’s naive to think every player at a footy club is going to be best mates. There’s a big difference between respecting players at your club and liking them. I’ve played with people I don’t necessarily like-I wouldn’t choose to live my life like them. But I’ve respected them for the way they’ve gone about their footy. You have to be able to get put your differences aside or reaching that common goal is going to be even harder!

On Role Models and Mentors
Dad encouraged me to identify a role model and latch onto him like a sponge. Aaron Hamill was that player. His work ethic was ferocious. We’d spend spend hours on the track after the rest of the team had finished up training. He played a huge role in helping me understand what it took to be elite. As a young player you come in, you feel like you’re working hard, but you don’t know the level you can go to. You haven’t discovered how deep your reserves are.

On Leadership
A lot of what I’ve learnt in football-in a leadership capacity and in a team
Environment-will be directly transferable to life as a former athlete, be it in the corporate and business world.

On Perspective
I thought losing a Grand Final was the worst feeling imaginable. Then I lost my sister Maddie. It puts everything into perspective.

The book contains many more great tips and insights. be sure to check it out!