Sam Gilbert All She Wrote

Having watched him play for the last 12 years…ridden the highs and ridden the lows-They are like your own children-you see them grow up and evolve and mature into sensational human beings then one day they leave home or in other words retire from playing the game!

Sam Gilbert was loved and respected by his coaches and team mates!

I first came across Sam Gilbert as very lean, raw, lanky teenager at PBC High School in the AFL Sports Excellence Program…I think it was the 1st or 2nd year I started their physical preparation program maybe 2003 or 2004..this kid, although not blessed genetically in the gym for size or strength..was working his backside off along with another beast, Nathan Wallace who would go on to be an elite bodybuilder.

These 2 guys helped shape a lifting culture which at the time was rare for AFL footballers given the dominance of endurance based training in the early 2000’s…especially in a school program (largely thanks to Level 3 AFL Coach and Co-ordinator Neil Makay pushing the boundaries)..it was ahead of it’s time and still is today…

Neil Mackay-Level 3 AFL coach always looking to push the boundaries for athletes under his guidance!

But what separated Sam from many other good athletes was his willingness to do work away from his regular training in order to improve his deficiencies and weaknesses with a clear vision and a relentless pursuit and passion for his dreams…he was one of the first athletes to reach out to us for extra strength and conditioning work over the 2004 off-season and continued through the in-season…with a goal of getting fitter..faster…stronger and more resilient…but more importantly getting drafted!

Sam Gilbert In The Very First PIT Pre-Season Circa 2004

The work paid off when he had a break out year..with the Southport Sharks Senior team in 2005 as a 19 year old…playing off the back line with a beautiful left foot and running through the lines..he was selected in the Open QLD State AFL team in June 2005 where he was judged Best On Ground…and then finished the year off strongly helping the Southport Sharks to a premiership win in 2006 and invited to the AFL Draft Camp where his testing scores put him in the elite category for most of the physical tests. 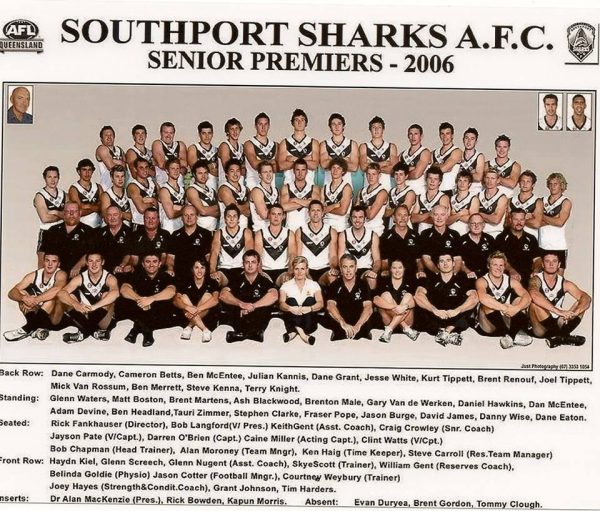 Sam Gilberts Jersey was one of the first in our USP Hall of Fame!

Sam feedback from training with USP!

Just like mature age AFL recruits Broc McCauley and Sam Michael both were drafted after the age of 18…if you miss out on being drafted at 18 years of age…it’s not the end of the world…if you work hard, access the right coaching, play well and are good enough you will get your opportunity… 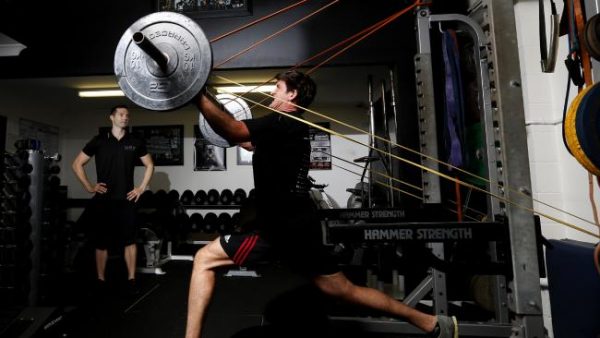 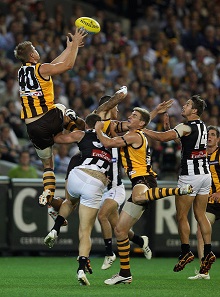 As a man Sam never forgot his roots or his mates and there are many stories of him going above and beyond for his mates (Just ask the Lynch Brothers ha ha).

Sam Gilbert and Joey Hayes in St Kilda Gym at Moorabin Circa 2007? 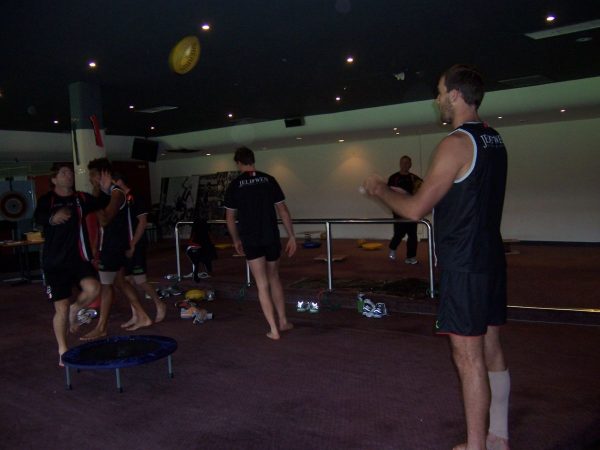 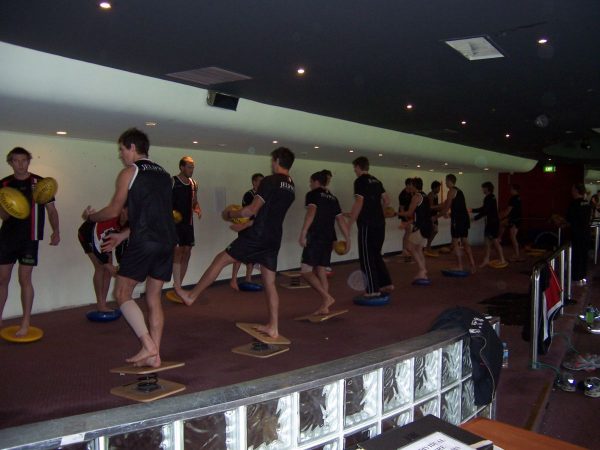 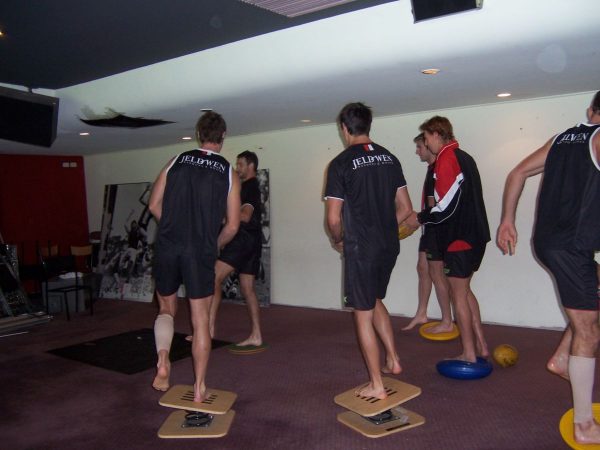 Sam had his breakout game in the drawn 2010 AFL Grand Final against Collingwood where Ross Lyon swung him up forward and almost single handedly won the game for the saints…. 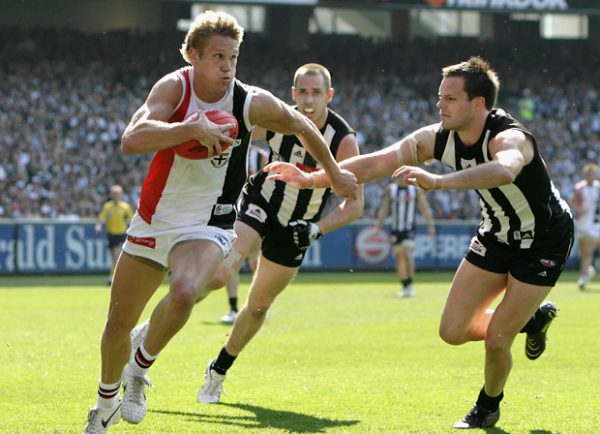 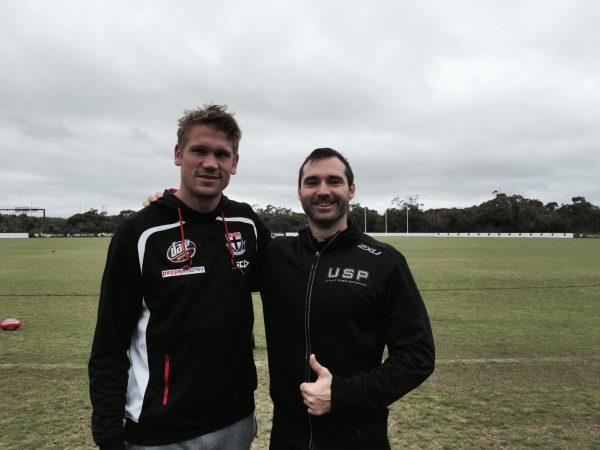 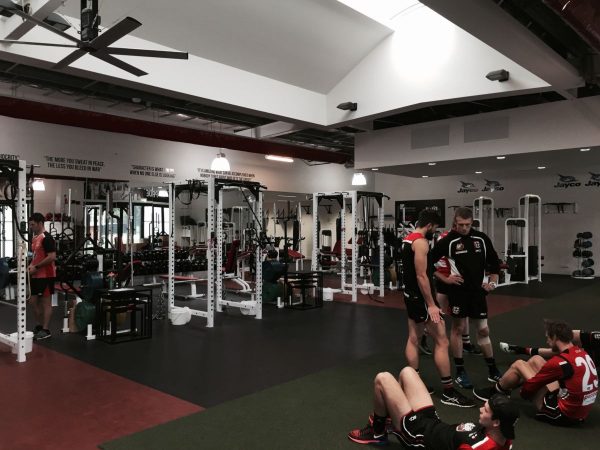 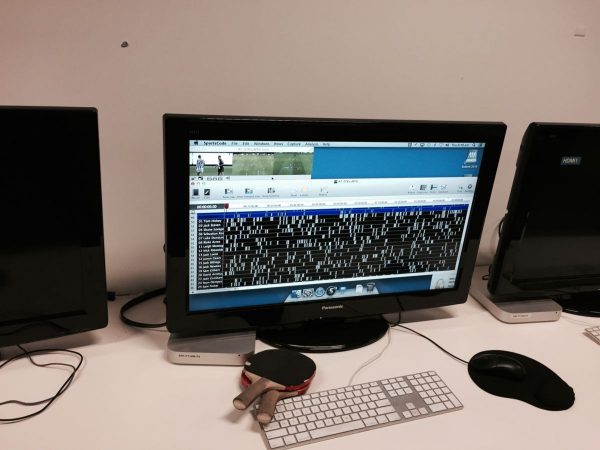 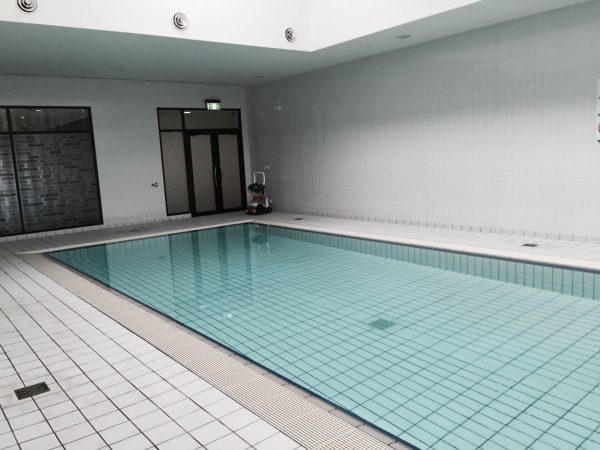 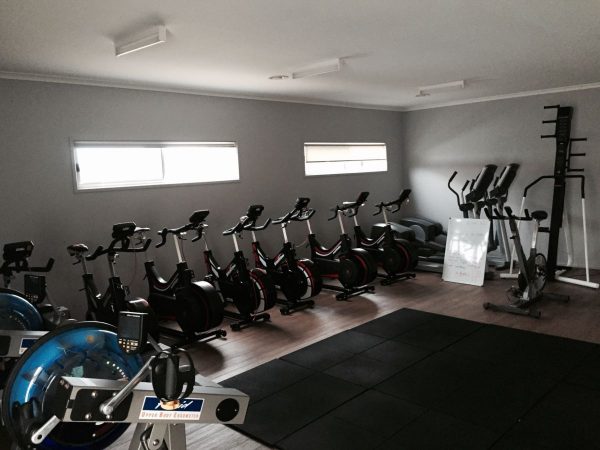 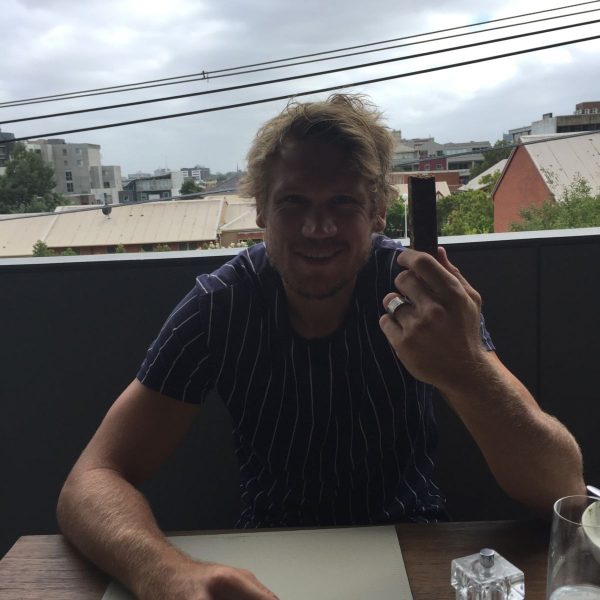 Sam begun a conscious effort to overhaul his nutrition to extend his career so when I delivered him some USP Superfood Protein Bars and Powders he was all over them!

Sam’s loyalty and courage could never be questioned always putting his body on the line for his team mates.  A true testament to this having played 208 games for the saints, playing in Grand Finals in 2009 and 2010, All Australian Squad Nomination and 3rd in St Kildas’ Best and Fairest! 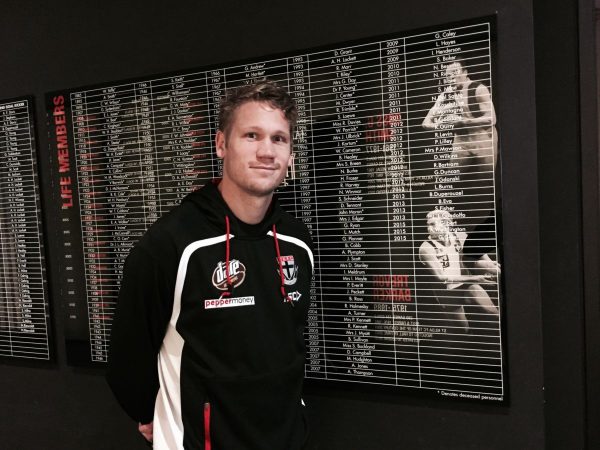 Sam Gilbert Proudly a member of the 200 game club!

Sam was a pioneer and paved the path for many of our junior athletes like Dayne Beams and Kurt Tippett that reached out to train with USP and ended up getting drafted.

Kurt Tippett aiming to emulate Sam Gilberts feat of getting drafted to an AFL Club working hard in the USP PIT Gymnasium! 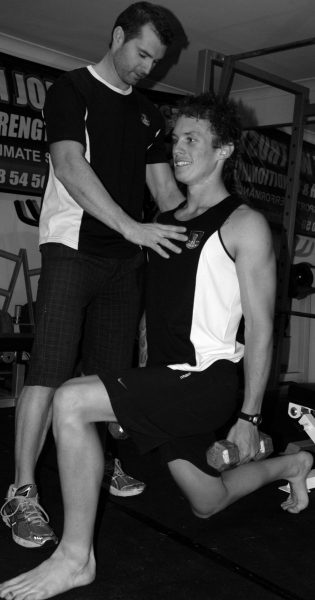 I’ll be forever grateful that Sam took a chance on us when I was a largely an unproven coach.

We wish Sam and Georgie all the best for the future!

Sam receiving the accolades at St Kilda’s night of nights.

The best is yet to come!