“I have met some strong people in my life but he is the toughest by far.”
Those are the words of Michael Andrews who has watched his son Nathan, 15, battle Leukaemia over the past two years while still maintaining his dream of one day playing in the AFL.
The Labrador Tigers player was representing North Gold Coast when he suffered dizziness upon standing up and recalled seeing dots. 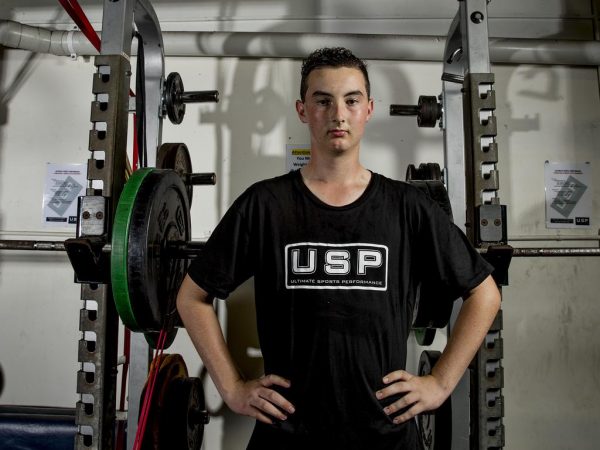 Nathan Andrews is a young Gold Coast football player, who has had to battle cancer on his way to trying to achieve his dream of making the AFL. Picture: Jerad WilliamsNot long later the then Gold Coast Suns academy member was coming home from school and going straight to bed. It led parents Michael and Lisa to get tests done. Days later, at exactly 7.30pm on a Friday, doctors called to tell his father to take him straight to the hospital as they suspected he had Leukaemia.
It began a nightmare period for Nathan and the family who have lived through the pain and complications of treatment that remain ongoing. 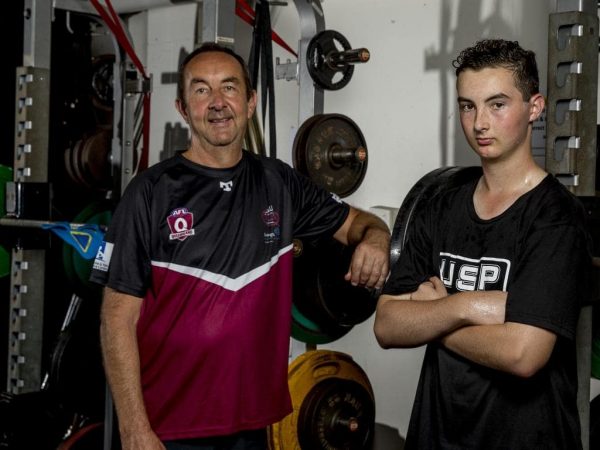 Nathan Andrews is a young Gold Coast football player, who has had battle cancer on his way to trying to achieve his dream of making the AFL. Michael Andrews with his son Nathan Andrews. Picture: Jerad Williams

“I’d just be driving along and I’d start crying,” Michael Andrews said.
But in a positive sign for Andrews, he has progressed into the maintenance stage where he can become more physical and stay at home on the Gold Coast between fortnightly tests.
Andrews returned to preseason training with Labrador in January and is completing a strength program under Joey Hayes at his Ultimate Sports Performance gym in Miami. 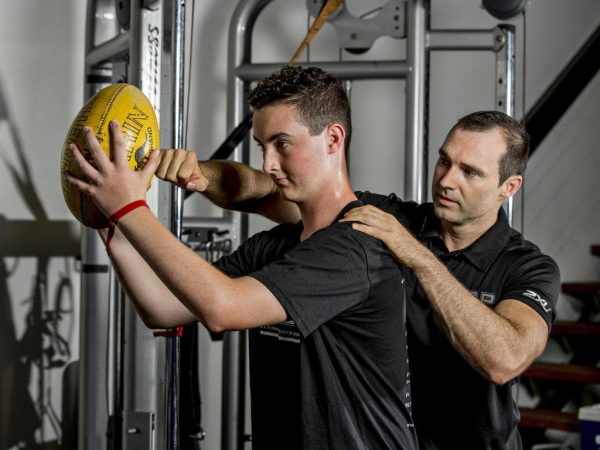 The 188cm centre-half back said his love of football got him through his toughest moments and he still held the dream of reaching the highest level.
“I just love the game, I love playing footy,” Andrews said.
“It’s been pretty tough but I’m getting through it and whatever I can do to play I’ll do.
“To be able to make it (to the AFL) would be insane.”
In the short term, Andrews, who has played 97 games, will reach 100 if everything goes well in the early stages of the season and Hayes said he wasn’t surprised by the achievement of the young man.

“He is a pretty quiet kid but he lets his actions do the talking,” Hayes said.
“He is one of the most resilient human beings I’ve come across.”
Michael Andrews said Hayes could improve him physically, but he was already mentally hardened from his battle.

“I couldn’t have done what he has done and gone through what he has gone through,” Andrews said.
“At his lowest point he could still conjure up a smile and he would never complain.” 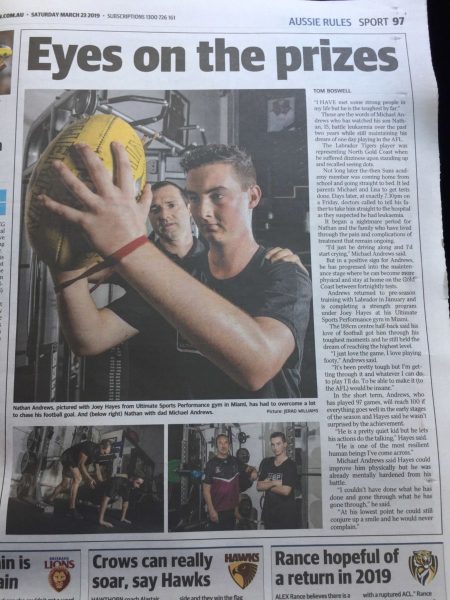