Joey Hayes has earned a reputation as one of Australia’s leading, innovative and most successful strength and conditioning specialists. This reputation has been established by the phenomenal results of Professional Sporting Teams, Elite Sporting Institutes/ Organizations and Elite athletes utilizing his Training Programs, methodologies and philosophies. 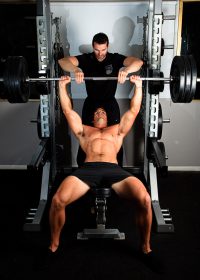 Joey has trained over 500 State, National and International athletes in a multitude of sports, most notably, AFL, Rugby League, Swimming, Martial Arts and Track and Field.

He has produced 10 DVD’s and authored 6 Manuals on Elite Sports Performance. He has developed his own elite signature supplement line. Created his own elite coaching certification to help trainers and coaches take their skills, knowledge, business and results to another level!

He is the inventor of a revolutionary recovery, rehabilitation and pain management modality known as Active Meditation Exercise Therapy AMET (C); which combines various recovery enhancing modalities including sound healing, breathing, movement, tremor, aromatherapy and meditation intertwined together in a unique system to produce rapid results in minimal time!

To build his system for professional athletes he has trained with and sought out leaders in the fields of training, medicine, nutrition, health and pain management in Australia, the US and Europe alike.

He owns and operates a highly renowned Private High Performance Athletic Training Facility known as The PIT. The number one place for athletes to train; exclusively dedicated to Elite Athletic Performance Enhancement.

Joey’s unique blend of in-the-trenches-knowledge, coupled with superior academic qualifications ensure astonishing results in record time, and have affirmed his status as one of Australia’s most successful and highly sought after strength and conditioning specialists.

Matty or “Maxy” Kennedy is a former Elite AFL footballer having played more than 200 AFL games with the Brisbane Lions. Since his retirement, Maxy has been at the forefront of sports science and elite human performance. Having been involved with the Brisbane Lions as a Strength and Conditioning Coach and now currently working with the Gold Coast Suns as their Strength and Conditioning Coach.

Maxy Kennedy holds the rare distinction of having played and coached at the elite level as well as having obtained a Masters Degree in Sports Coaching that ensures a potent and unique combination of sports science qualifications as well as the in the trenches coaching and playing experience.

Maxy’s uncompromising standards, meticulous preparation, ferocious work ethic and selfless nature as a footballer have carried through to his coaching and have made him well liked and highly respected by the results he continually produces amongst the athletes and teams under his tutelage.

Garry Ablett-Maxy’s a legend, his training sessions are sensational and ensures I’m at my fittest when the time comes to play”!

Brisbane Lions Premiership Player and AFL Superstar Jonathan Brown-Maxy is a ripping fella, tough, hard and uncompromising-all the qualities you want in a great coach or trainer! If you’re serious about results maxys the man!

Nat Barnes is a former elite Rugby League player having been with the Gold Coast Titans, South Sydney Rabbitohs and finishing his career with the Brisbane Broncos. 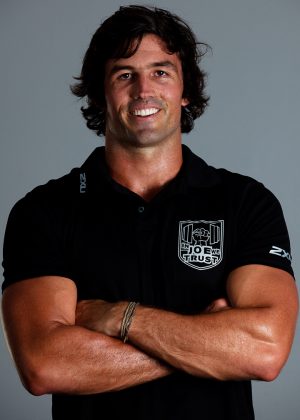 He holds the record for the leading try scorer in the QRL state league. Nat has the rare distinction of having been an elite athlete and having completed a Bachelor of Exercise and Sport Science.

This experience as an elite athlete coupled with his academic qualifications ensures athletes under his tutelage experience world class results!

Cat McNab is an Exercise Physiologist and is one of 2 Level 3 Elite FST (Fascial Stretch Therapy) practitioners in Australia.

FST is one of the unique modalities that has helped keep USP athletes healthy and injury free and enhance performance. Cat has spent many years honing her craft working with athletes in the USA and Canada alike. Click here to find out more about FST and to see this amazing treatment in practice.